The day the Oscar nominations came out I thought there were some general omissions in the top of the line categories, but nothing outrageous (well, leaving out Olivia Davis or Elizabeth Debicki is kinda ridiculous).

But then I got to the Feature Doc nominees and quite literally shouted, “WHAT?” While I was not as blown away by the Mr. Rogers doc as most, I was still shocked it didn’t get a nod. But more importantly, “Three Identical Strangers”, which is one of the best docs of the decade, was somehow left off the list. I’ve never seen another doc where the story grows, twists and changes the further the director investigates than in the breathtaking “Strangers”. Each discovery opens a new door that makes what was behind the previous door seem almost inconsequential…and then it happens again…and then again…and so on. A tremendous feat. I don’t believe I’m disparaging any of the nominated docs when I say two or three of them don’t begin to reach the heights of “Strangers,” nor the universality of “Neighborhood”.

Ah well, gotta work with what we’ve got. Here are my reactions to the five nominees…

So, what’s not to love about this examination of a man’s compulsion to attempt one of the most incredible (and stupid) feats of athleticism in…ever? Well, what’s not to love as long as you’re not afraid of heights, don’t have any form of Anxiety Disorder, or aren’t dumb enough to think you can do that which is appears easy due to an expert’s abilities. In other words, don’t try this at home!

The other half, Jimmy Chin, is responsible for the RIDICULOUS camera placements and angles. Camera work like this, in a film this thoughtful and empathetic is unheard of. In fact, had he received a cinematographer nomination, it would be difficult for anyone to complain. It is HIS work, and that of his daredevil crew, that make this such a terrifying document. In fact, the photography allows us to FEEL, better than almost any doc I’ve seen, what goes through those that simply must break new ground…no matter the risk or the cost. And make no mistake, the new ground in this film is about as risky as it gets.

Further, everything about this doc is so well considered, even the score from Marco Beltrani is outstanding. Only occasionally intrusive (I mean, the climbing stuff is crazy enough, we don’t need music swells to help us create tension – fer crissakes, my fingers were bleeding by the end of the film from digging in to the armrests), it is well-crafted, orchestrated and lovely listening on its own.

I REALLY enjoyed “Free Solo” and an extremely worthy nominee. Just do me a favor, promise me you’ll see it in a theater!!! Oh, and bring your Xanax. Yer gonna need it.

It’s been over a week since I viewed this in the theater, and I still can’t tell you if I thought it was terrific or pedantic. It’s been hailed as a new way to make a documentary…but it’s not. It does take a particular kind of documentary in a new direction. I often refer to Lucien Castaing-Taylor and Verena Paravel’s 2012 industrial fishing doc, “Leviathan”, mostly because it is the most obvious (and one of the better) examples of experiential documentary filmmaking available. Awash with images and sound, no conventional narrative to speak of, it is incredibly aggravating to watch. However, its genius is that, while it’s tedious in the viewing, it never quite leaves your head. I think of it at least once a week. What RaMell Rose has done is to take that style and turn his lens on group of inhabitants in a small town outside Atlanta. Loosely following two brothers, and their differing choices as young adults, Rose has attempted to show us an African-American community in the humdrum of its every day, not in its extremes, as we are used to seeing: simple moments that make up a life in a community. However, like “Leviathan”, he never lets us linger long enough to get comfortable, or lead us down a typical path.

So does it work? Sort of. Like “Leviathan”, I assumed that as time passed it would grow in my consciousness (which is why I took over a week to write this), but it hasn’t, really. While, obviously, I applaud the effort to illuminate the African-American community to a wider world via an atypical prism, I’m not sure it’s any more effective than, say “United Skates of America”, a terrific doc which surprisingly failed to make the Oscar short list.

However, as an experiment on the ways film can delineate time and place using only music, sound, and varying speeds of playback, it is very, very interesting…if, again…a little pedantic. I was constantly aware of the director’s presence behind the camera, and I came away feeling like I witnessed a sociology thesis. A really interesting thesis, but definitely academia.

Still…within it’s structure are some lovely, lovely moments, images and caring bits of humanity. So, yeah. “”Hale County” is interesting, inventive and a worthy effort and probably belongs in this group for its courageous attempt at trying something quite different. And, y’know, it might really land for you. Just be prepared for something more challenging, less typically presented, and more…experiential. 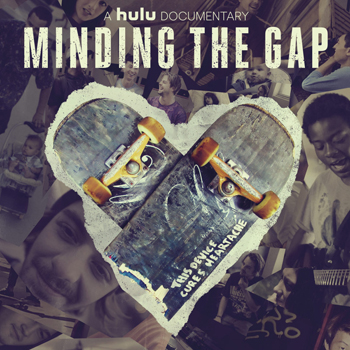 This incredibly personal and loving film from first-time feature director, Bing Liu, is the kind of doc you hope gets rewarded by the Academy with a nomination, but hardly ever does. Liu has collected interviews, observed moments and seated talking head interviews with his two best friends/skating buddies and family members over the course of several years. In short, he has assembled a document that is, in essence, the film you wish “Boyhood” had been. His point of view is earnest, loving, daring and protective of his friends but fearless in his ability to probe deep in to their attitudes and actions.

But this film is much more about the weight of parental, familial and societal influences felt in a depressed, small midwestern city, then it is about life decisions. It’s about PTSD, hope, expectation, what passes for love, and, of course, escape. And the manner with which Liu captures these elements is alluring and hypnotic. His editing skills, where the real storytelling of a documentary occurs, are terrific. In spite of what must have been thousands of hours of footage from a five year span to sift through, the film somehow speeds by without ever leaving you short-changed.

I loved, loved, loved this film and it is the only doc of the three surprises (along with “Hale County” and “Fathers”) that felt like a worthy replacement in the category for the Big Two that were left out in the cold.

It’s currently on Hulu. Take a couple hours and give it your attention. It deserves it. In fact, it might even win.

So when it comes to the Oscars and documentaries, the Holocaust as subject “darling” has been usurped by the human cost of the many varied Middle East conflicts. I don’t say this to be glib in any way. Nor to make a judgement or opinion on it. It’s just a fact. The old adage was “the one about the Holocaust will win”, because it almost always did. But in the last three years alone, we have seen nominated and winning docs and shorts include “Fire At Sea”, “Last Men In Aleppo”, “White Helmets”, “4.1 Miles”, and this year’s documentary short offering, “Lifeboat” (and I didn’t even get to the bleak but beautiful Lebanese Foreign Film nominee, “Capernaum”). And now, this film. Clearly, the Academy is doing its part to make the hidden stories that are happening in the now as visible as possible. But, when it comes to “Of Fathers and Sons”, the importance of the message doesn’t necessarily mean it makes for a successful film.

While the effect of the film is visceral, terrifying and occasionally quite human, the wrapping it comes in is a bit of a mess. There is a VO from the cameraman/director that bookends the film in a manner that would lead you to believe he has a point of view about that which he is about to shoot. And yet he has edited the film in such a way that he has no presence whatsoever in the film beyond those opening and closing remarks. Thus, we are simply flies on the wall. Flies that are often quite literally watching nothing. It’s as if the director refused to make any choices…other than to edit his footage in a manner that reminds us how much a Western presence has both disrupted centuries of culture and created thousand upon thousands of Jihadists.

It’s not an ineffective film. I’m simply saying it could’ve used a few more passes and edits before it was made ready for public consumption. It would have focused it a bit more and, therefore, had more of an impact. As it stands now, I wonder how it could have been nominated…except for the fact that it ticks off the latest subject “darling” for the nominating committee.

It says it all in the poster: “Hero. Icon. Dissenter.” She’s a hero to me and most everyone I know. Alas, I think she deserved a better film than this. Feeling very much like the kind of portrait CNN would produce (and they did, btw), it’s told in such a matter of fact way, I grew weary of the style…which meant I grew weary of the film…which meant I didn’t leave with any more adoration for her than I already had. It quite simply fails to incite. She does. The film does not.

Don’t get me wrong. It’s chock full of information, and a steady diet of succinct illuminations surrounding her many accomplishments. But it all feels a little cutesy. The film spends a great deal on her life decisions, actions and disappointments outside of the law, yet we never hear from her about these things…only her friends, colleagues and relations. When she speaks it is almost exclusively about the important work she did. As a result, the greatest insights are second hand…like watching a tribute reel at an eightieth birthday party.

However, I will say this…the film showcases enough of her exploits, her strength, and her devotion to the living document that is the Constitution, that she makes me want to be a better man, a better member of a just, humane and inclusive America. I just wish the film did more to do the same.

Here are the five trailers for the docs…in alphabetical order: