The world of mankind is totally screwed…and screwed up. And in case you don’t think so, just go see the nominated live action shorts. Even the comedy portrays a world where up is down and down is up. <sigh>

It’s a good group of films, percentage-wise better than most. There’s no incredible film in the bunch…nothing to shake the three best shorts I’ve ever seen in the last decade off the top of the mountain, which are, in no particular order…

…NONE of which won by the way, but more on that later.

But, I tell ya, it’s been a long time since I walked out of a presentation of shorts so convinced that we are just not meant to be on this earth for very much longer. What makes it worse, is that the three most depressing films ultimately have positive messages. You just have to work to get there.

(Oh, a bit about the SHORTSTV theatrical presentation: please don’t show us the production team cheering upon hearing they’d been nominated during each film’s closing credits! It’s so self-serving and takes away all the emotion they worked so hard to pull out of us. Awful.) 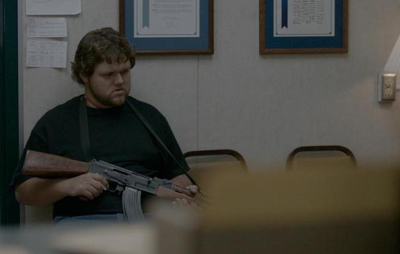 In the theatrical presentation of these films, this is the first short shown. I went to a 4pm showing…the day after the Florida Parkman High School shooting. In the opening moments of the film…well, you can guess what occurs. Literal gasps from myself and everyone else in the audience, along with several dozen versions of, “oh, no”! But director Reed Van Dyk turns our fear on its ear. This is a two person chamber drama about empathy, understanding, and trust. ‘DeKalb”, in the end, a beautifully crafted and performed film. And while it proves that part of the problem may be mental health, it’s mostly about how absurd it is that people with mental health issues actually have such easy access to assault weapons in the first place.

But more than anything, this is a film about courage and humanity. You see, the shooter is the antagonist. The real star of this is the school secretary, Cassandra Rice, played beautifully by Tara Riggs. She is frightened, composed, quick-thinking, caring…all the things you’d like to think those we trust with our children would be. Which is not say Bo Mitchell’s gunman is any less well-crafted or performed. He equally matches Ms. Riggs performance…and it’s terrifying…not because he is a monster, but because he is not. And special mention to the uncredited VO artist who acts as the 911 operator – her performance gives the film an eerie authenticity – especially as the film is based on a specific and actual call to 911.

And Van Dyk’s makes two decisions that heighten the stakes, in both the observable and emotional reactions to the film. First, by keeping all the action within a 30’x30’ space there is an unshakeable feel of intense claustrophobic anxiety. And, even more impressive, the negative space…that which we cannot see: the outside, the classrooms, the voice on the other end of the phone…act to heighten our imaginings of how terrified Ms. Rice feels. It’s a terrific trick, which, while may have been borne of the need to keep a budget down, nonetheless is executed to perfection. 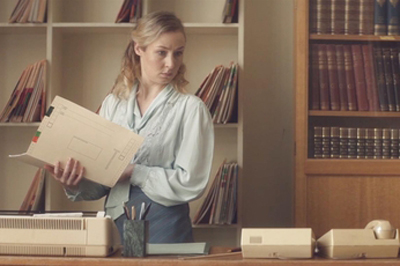 Those of you who loved Showtimes, “House of Games”, will recognize “Eleven O’Clock” star and writer, Josh Lawson as the that show’s hilarious put-upon character Doug Guggenheim. His TVQ adds a semblance of legitimacy to this cute little piece about the nature of psychiatric disorders turned inside out. Everything about it is fine. Director Derin Seale does about as much as one can with such a simple premise, and the performances are convincingly real enough to make the humor shine…including Lawson, “Justified’s” Damon Harrison and, especially the poor, confused, temp secretary, played to “Noises Off” perfection by Jessica Wren. But if I’m being real here, it’s a one-joke sketch that, in spite of its terrific execution, just seems incredibly lightweight in consort with the other four films. 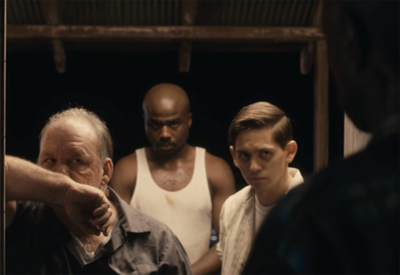 Winner of the Student Academy Award, “My Nephew Emmett” treads on well worn subject matter – which doesn’t actually matter if the film is made well. It is. It’s not perfect. And it suffers due to how much it shares with “Mudbound” in both plot and feeling, but it is certainly an effective film telling a horrible tale simply and emotionally.

There are, however, a couple tricks up director Kevin Wilson Jr.’s sleeve that delineates it from it’s feature length cousin. “Mudbound” is all about the open spaces of the South, and how, in spite of their vastness, there is no quarter from the fear and hate of Mississippi’s institutionalized racism. “Emmett”, conversely, builds fear and dread in the heavy heat of its small location…the tiny home of its patriarch. The claustrophobic nature of the space, combined with the use of sound, the wonderful cinematography of Laura Valladeo and Wilson’s framing keep the film from over-reaching beyond the scope of a short’s limitations. Oh, and that second trick is the casting of L.B. Williams, whose world-weariness, fear, and frustration are on every line of his face. It’s not the best of the bunch, but it’s very good, nonetheless.
______________________________________________________________________
“The Silent Child” (UK)
Directed by Chris Overton

While I was not a big fan of this film, there is no doubting its quality, sympathetic components and accessibility. Revolving around a family’s inability to assimilate with their deaf child, it is very well acted, especially by the child in question, Maisie Sly. Writer, Rachel Shenton, also stars as the child’s teacher, and while she pushes the emotion a little too hard (as does the script itself), she is still quite believable. It’s a nice little film about a big problem. 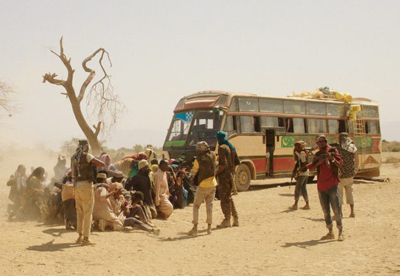 “Watu Wote” is a brutally honest film about a very difficult subject. It is also almost a frame-by-frame remake of previously mentioned nominee, “Na Wewe” from 2010. I don’t know if anyone in the Academy will remember it, but I sure did. And it’s quite possible Katja Benrath, who made the film while at film school in Germany, had never heard of it. It doesn’t mean it’s not well made. It is. The performances are believable, the story is specific, and the ending, based on a true story, fits our hopes for the picture. And considering it’s a student film, the film-craft is superb,  which, considering its location and use of mostly non-actors, is saying something!. However, I just kept wondering if there weren’t less derivative films in 2017 that might have been honored by the Academy. ______________________________________________________________________

I don’t love grading films, but I tend to for the shorts since it helps put my opinions in a comparative context. Here ya go: