2017 gave us some pretty good shorts…if nothing extraordinary (for that you have to go to 2009’s “The Door“, or 2015’s “Aya“ – neither of which won, btw – see rant below). However, seeing them all is a very entertaining couple hours at the theater and I highly recommend it. Only one seemed to not belong, but the other four were quite successful and following my forever rant regarding the historical Academy voting record in this category, I’ll get to the details…

::ANNUAL RANT BEGINS HERE::
I have to give the Nominating Committee credit. Each year they sift though thousands of shorts and end up with a pretty good percentage of quality films. Alas, when the full Academy votes, they don’t have quite the same eye. Year after year, the winner is almost always the simplest, or the funniest, or the most star-laden, and certainly not the most artistic or affecting. As evidence:
2006: The hokie “West Bank Story“ beat the wonderful “The Saviour“
2008: The manipulative “Toy Land“ beat one of the Top Five shorts ever made, “On the Line“
2009: In the greatest calamity of Live Action voting injustice, “The New Tenant“, a star-filled, HIGHLY stylized. Mamet-esque mess, beat what I consider to be the single greatest short film I’ve yet to see, “The Door“
2010: I can’t understand how “God of Love“ beat ANYTHING it was up against that year
2013: “Helium“, actually a very good film, beat “Just Before Losing Everything“, an INCREDIBLE film.
2015: One word…“Aya“ (I can only surmise that none of the voters actually SCREENED this short film, as it was far and away the best of the bunch)

(the above are all linked to either full movies or trailers)
::RANT OVER:: 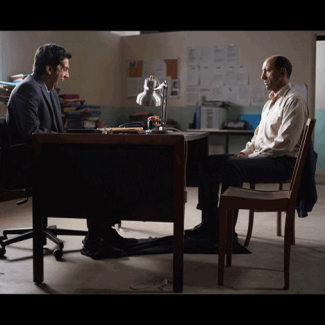 This tense, claustrophobic and punch-walloping short about profiling, assumptions and impossible choices, is phenomenal. Basically a two-person dialogue expertly portrayed by Hassam Ghancy, as The Applicant, and Najib Oudghiri, as The Interrogator, it manages, in its twenty seven minutes to fill you with fear, dread, outrage and frustration (although, that assumes a particular stance on the issues of “citizen” versus “enemy”…so, as ever, your mileage may vary). Ghancy, in particular is tremendously three-dimensional and changes his reactions in the tick of a second, with ease. He is impossible not to watch. I hope this leads to more easily found works. A glance at his credits reveals only work that I’ve seen, “The Baader Meinhof Complex” (not my favorite film). We could use more of him. Regardless, this is a front-runner for the statuette, to be sure.
______________________________________________________________________
“La Femme et La TGV” (Switzerland)
Directed by Timo von Guten

The favorite to win…and the most saccharin, this examination of a life slipping by versus a life fully lived, is quite enjoyable, actually. Charming and very, very Swiss (on the French side), it doesn’t quite connect the way you hoped it would and, in the end, remains charming without much poignancy. Even in its own environment it doesn’t quite work. Our heroine’s world is filled with the quirky caricatures one usually sees in films about small European villages. But here they are never fleshed out, leaving you only halfway invested in its kookiness. Don’t get me wrong. I know a lot of people who loved this short, and I think it will win, knowing the tendencies of voters. But for me, a distant four out of five. This train just never quite leaves the station. (I should really just avoid puns forever…sorry)
______________________________________________________________________
“Silent Nights” (Denmark)
Directed by Aske Bang 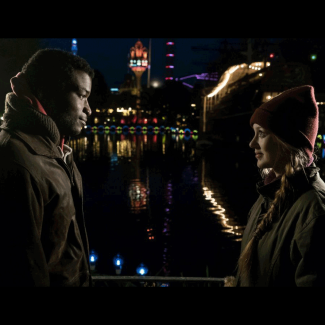 The least successful of the films, “Silent Nights” is a tedious diatribe on the nature of being an immigrant in a different world. This is producer Kim Magnusson’s SEVENTH nomination in this category, with two wins (2015’s “Helium” and 1999’s “Election Night”), and I’m pretty sure this film was nominated mostly via his pedigree. But, to be honest, and I’ve loved his shorts, this is just not very good, very interesting, or very realistic. I didn’t care about these characters. And the basic situations, ESPECIALLY the third act, are downright ludicrous – when they should be tissue-inducing. A real misfire. The actors give it their best, but there is no there there, and the direction seems very student film-esque, not that director Aske Bang was given much to work with. A shame. Was looking forward to this.
______________________________________________________________________
“Sing” (Hungary)
Directed by Kristóf Deák 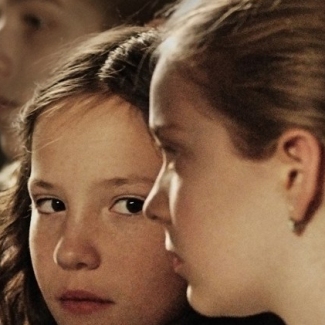 This is the underdog of the group…a tiny film about a children’s choir and the nexus of participation vs. competition. The girls who star (Dorka Gáspárfalvi & Dorottya Hais) are without pretension in their honest performances. Instantly invested, and emotionally connected throughout, “Sing” reminded me of another short from 2015, Michael Lennox’ delightful “Boogaloo and Graham“. Both directors understand that the cinematic tension of stories revolving around children are based on a pre-adolescent’s ability to see through  bullshit, while simultaneously maintaining their innocence. I’d be happy to see this rewarded, even though it doesn’t quite meet the intensity of “Enemies”, nor the production expertise of “TGV”
______________________________________________________________________
“Timecode” (Spain)
Directed by Juanjo Giménez Peña 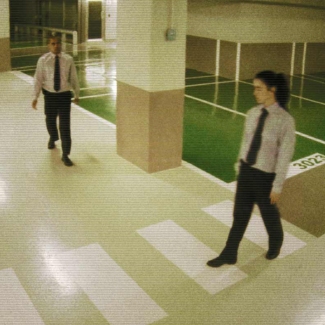 While it has next to no shot of winning, my favorite film of the bunch was this fantasy from Spain. Not only did it win the Palme D’Or at Cannes’ for short film, it also manages to accomplish in fifteen minutes what “La La Land” could not in two+ hours. And, not for nothing, that’s due mostly to an incredibly simple script and the performances of the gorgeous and so very interesting Lali Ayguade and the bewilderingly awesome Nicolas Ricchini. Most of the joy in this film is in the discovery, so I’ll refrain from giving you any details regarding what it’s “about”, except to say it romanticizes that space between the isolation of routine and the spectacular joy and connection to be found in the fantastical. Again, I don’t see this winning, but for my money, this was the most succinct and satisfying short film of the bunch!

Try and get to a theater to catch these wonderful stories. It’s a miracle that they are now released theatrically each year, and that effort should be rewarded, as you will be by the experiencing of them.