After last year’s decidedly meh group of nominees in this category, it was nice to be presented with three very strong nominees, and two that are worhty of being in the conversation. Of course, one of the two from that latter group is going to win the Oscar, but you can’t have everything. Let’s get in to it, shall we?

This lovely film about missed connections between a parent and a child that linger for a lifetime, features some of the most unique animation I’ve seen. Yes, we’ve seen stop-motion before, and we’ve seen papier-mâché before, but there is something so emotionally engaging about director Daria Kashcheeve’s use of eyes on her puppets. And, somehow, she presents each scene as if it is being shot with a handheld camera. I can’t imagine how difficult this must be to do with stop-motion – after all, not only must you change the position of the puppets hundreds of times per minute, but also approximate both where that camera would be, and how quick or jittery it would look, if it were happening at real speed. This unique style combined with a story that is just this side of melodrama, leads to a payoff that somehow feels very natural and very real.

But I think what really delineates this film from others of its subject matter (and, to be clear, the animated shorts world is rife with family struggle and reunion), is “Dcera’s” use of sound. The aural-scape of this film is terrific. It is evocative, believable, and, in the absence of any music or dialogue, essential. Credit that to the director, as well, since apparently she was a sound editor for animation before she became an artist on the visual side. Yeah, clocking in at fourteen minutes, this film is a must watch at some point. 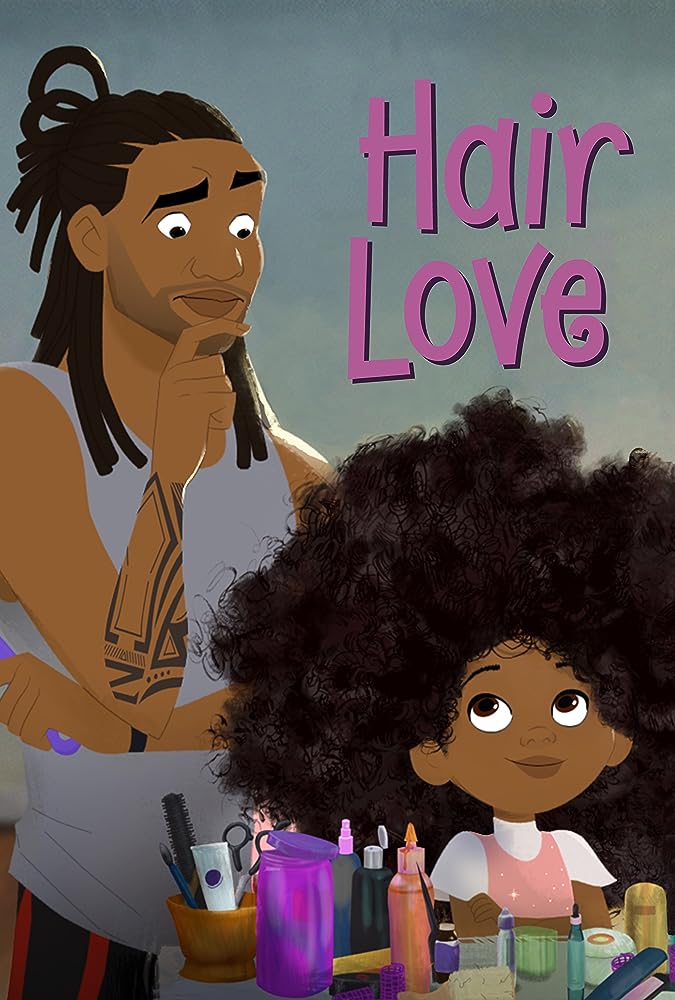 For me, the least successful of the bunch is easily its most accessible (and a large part of why it is considered a shoo-in to win). Brought to us via about a thousand Kickstarter donations (which, while great, begs the question, what did the film’s studio, Sony Pictures Animation, actually bring to the table), “Hair Love” is obviously lovingly crafted by its leader Matthew A. Cherry. The story, while exceedingly simple, fits its length perfectly. The characters are instantly relatable and the humor is mostly spot on. Finally it would be almost criminal not to mention that this is a film about the African-American experience…an experience that is almost completely lacking in animated (or any) films – of any length. All of these are reasons to highly recommend it.

So what is my problem with it? Well, the film seemed determined to shoehorn itself in to “poignancy” by adding an “important” third act – which I thought unnecessary, and in some ways undermined that which came before. And the animation style itself never really overcomes its two-dimensional nature enough to elevate the film beyond its inherent cuteness – even with Issa Rae successfully voicing the only speaking character. That said, it’s most certainly worthy of a nomination, if not the statue it will surely go home with.

Ah…where would this category be without an anthropomorphic film? Every year we get at least one, sometimes three, animal films. And usually they are fine…gorgeously animated (think Pixar digital) if sickly sweet. They usually fall in to the “little kids will dig it” category. Not so, “Kitbull”. This very simply drawn story of the power of love between the most disparate characters will bring tears to anyone’s eyes. This is because, at its heart, this is a story of the absence of love, abuse, homelessness, and the power of mutual respect, empathy and action. In fact, the more I think on it, Rosanna Sullivan’s tale is probably my favorite in terms of giving me “all the feels”. Of course, full disclosure, I’m a dog owner, so there is no denying that piece of it. Nonetheless, aided by a subtle, but lovely, score from Andrew Jiminez and terrific sound editing/mixing from Kenny Pickett, I can’t imagine “Kitbull” won’t move even the least pet-as-companion person out there. A gem.

Oh, and lest I forget…in spite of its grounding in real situations and drawn in a flat 2-d style, “Kitbull” comes from Pixar – well, PixarSpark, to be precise. Totally out of character for them. I hope it is a sign of more less-is-more from their future offerings.

While “Kitbull” might be my favorite, Bruno Collet’s “Mermorable” is, by far, the most original, masterful and labor intensive. This insanely gorgeous interpretation of how Alzheimer’s might effect an artist, is as devastating as it is beautiful. I’ve now watched it four times and found new glories and ideas within almost every scene. Voice-over actors, Andre Wilms (the husband with the disease) and Dominique Reymond (his wife) portray all the frustration, confusion and terror associated with the disease in a very real way. But, I assure you, it’s the film’s artwork and imagination that make this thing go. I can’t get in to too much detail without spoiling, but suffice to say what this man sees, and how he relates to it and those around him, is quite different than they do. And that premise deepens and widens as the disease pushes his memories further and further out of his grasp. The visual work is simply mesmerizing, as is the music of Nicholas Martin. It’s a stunning accomplishment that will crush you. To me, it’s the award winner without question (which doesn’t mean it will win…it won’t). 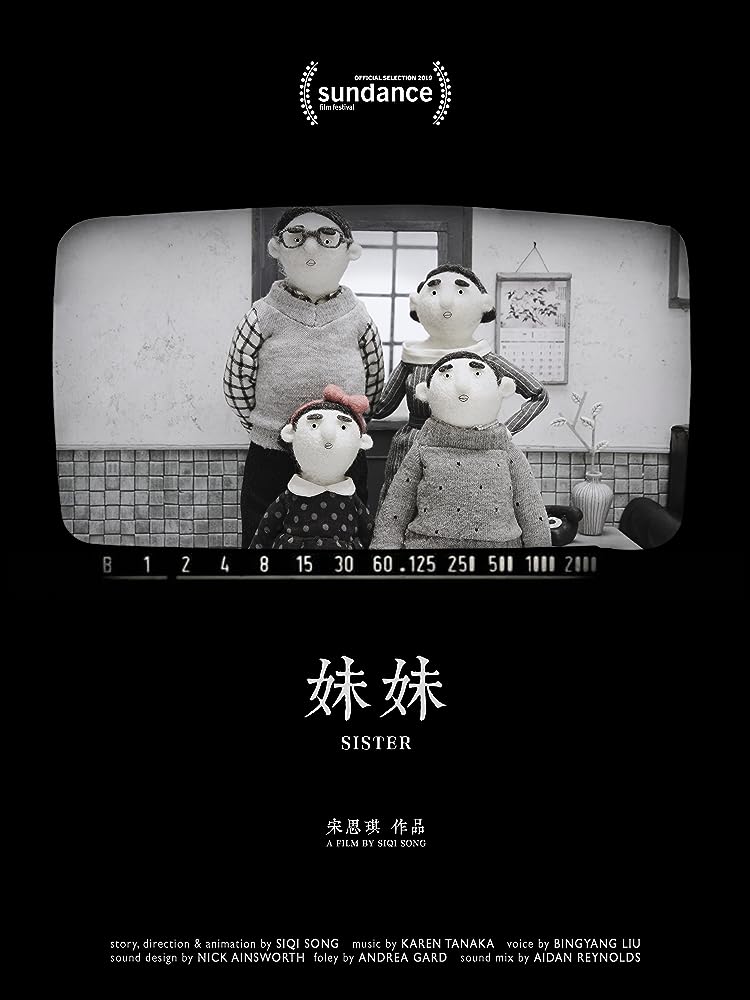 The power of this film isn’t truly revealed until the final frames of its eight minutes, as an older man reminisces about his little sister, and what made her annoying and special. It poignant and given one of the most highly acclaimed documentaries out there today (on the short list, but not nominated), extremely powerful. That said, I found it a little too obvious and, sound-wise, incredibly annoying. Luckily, we only hear the voice of the older man, played by Bingyang Liu, in narration…looking back on his life. It is a rich, resonant, and hypnotic voice and is that which is most responsible for keeping one invested until we get to that important moment at the film’s end. The animation is certainly unique (if more than a little creepy), and the film’s black and white color palette enhances our own memories of looking back. It’s certainly worthy of a nomination both in goal and execution…but neither does it reach the creative, artistic or dramatic heights of “Dcera”, “Kitbull” or “Memorable”.

Currently available on VimeoOnDemand for $2.17.