“The City That Sold America”
Directed by Ky Dickens (USA) 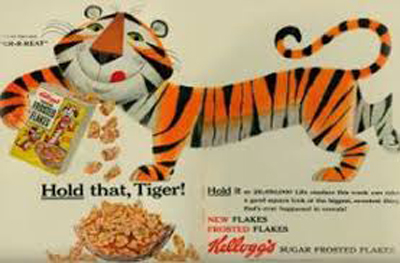 Ky Dickens historical investigation of Chicago’s place at the center of American advertising, is, let’s be clear, too short. But, in this instance, that bit of criticism is meant as a compliment. It is a fascinating topic, told well, by people who understand the subject, with visuals that exist deep in our collective and national consciousness. It’s a satisfying seventy minutes, to be sure, introduced, as we are, to many of the biggest players in the Chicago ad story, going back to the late nineteenth century. Along the way, we see the magazine ads, static imagery and moving pictures that connect us with these titan’s creativity. And, best of all, it is an extremely well-edited collection of stories and memories, and, thus, never drags.

Yet, for me, there is a problem with the film’s length. By focusing so tightly on the chrongologic, the end result is that it holds up these icons of the industry as the sole architects of their exceptionalism. There is not a drop of creative process illustrated in the film, only philosophy (with the exception of one or two early giants). Maybe it’s because I’m a commercial voice-over professional, but anyone who saw “Mad Men” knows that a lasting and powerful message is dependent on a combination of writers, art directors, and performers. Without a minutes worth of film dedicated to the collaborative process, “City” seems like a bit of self-congratulations for a very elite group of individuals. It’s a shame, since I think it would have filled out the film quite nicely to see how “creatives” relied/rely on actual creatives to create the many wonderful ads and commercials held up for inspection. It certainly would not have detracted from the end goal. As an example, I think of last year’s Fest contribution,”Big Time”, Kaspar Astrup Schröder’s detailed look at Danish architect, Bjarke Ingels. His genius is made more impressive by his ability to seek collaboration, not less so.

Nonetheless, “The City That Sold America” is a wonderful history lesson both of and for a city that spends most of its life attempting to get out from behind the figurative shadow of that big city to the east. And, at least as it pertains to a phenomenon that invades fourteen minutes of every televised hour we watch, influences our tastes, culture, and music choices, and informs how we choose to represent ourselves to the wider world, Chicago’s importance and investment deserves a film this well made.

Even if it’s not much longer than a couple infomercials played end to end.