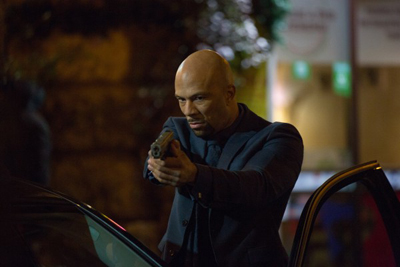 In 1983 (I think), I saw Gang of Four at Cahn Auditorium at my alma mater, Northwestern University. To this day, it is still the loudest event I have ever been witness to. I could not hear for days, and there was no reason for it. I had seen them several times before then and it had never been that loud…so loud that it got inside of you…shook you.

Last night I experienced almost the exact same sensation at a screening of “John Wick 2” at Arclight Chicago. It was easily the loudest movie experience of my life and it took a full two or three minutes just to accept it would remain so. Yet, interestingly, it was only the sound effects that were that loud. The dialogue and score were set at quite normal levels. So the question is, did that decision help or hurt the experience, and the answer leans slightly to the help side…raising the stakes a smidge.

Not that the film needs the help. This is a MUCH better film than the first “John Wick”, and, as long as you are okay with MASSIVE violence wrapped in a smart, slick, ironic, and satisfying shell, you’ll really enjoy it. Where the first one had a very simple three act story, this film emulates the formula more akin to the Bond or Mission Impossible franchises – in that there are three mini-films within, or, rather, each act has its own beginning, middle and end. In addition, the film enjoys a smart, and ironic component to it, reminiscent of Colin Firth’s bits in “The Kingsman”. And Stahelski and writer Derek Kolstad expertly create an underworld of assasins with rules, hand-shake agreements, and an understanding of their place in outside society, which practically does not exist in this film.

But the violence…holy shit. The only thing I can compare it to is “Raid: Redemption”. In both films there is never more than four or five minutes where someone is not killed. In “Raid”, it is with bare hands, whilst “Wick 2” firmly believes in the motto of taking gun(s) to a knife-fight…unless a knife is all you have. But both feature AMAZING fight choreography (from Stahelski in “Wick 2”)…even if miles more suspension of disbelief is required in “Wick”. I’ve never seen people get hit by so many cars, get up, and fight like top MMA contestants. But even this adds to the cartooney joy of the film’s world.

The acting, both in style and substance, is spot on and DRIPPING with irony. Keanu Reeves has found his perfect role. There is nothing asked of him other than to stay very still when asked to act, and to speak quietly and with delicious sarcasm. That he can do. Most of the main characters return here, including Ian McShane and the phenomenal Lance Reddick. But the additions are solid, as well, none more so than Common, who is a revelation here and fits right in to the genre both in physical ability and emotional investment. Seeing Franco Nero was a trip for an old cinephile. Not sure anyone else in the theater knew who he was (Nero was the original Django during the sixties heyday of Spaghetti Westerns, and, amazingly, has SIXTEEN films currently in various stages of production!). And, finally, “Orange is the New Black” star, Ruby Rose, adds weight to the film as a deaf (and deadly) assassin. Laurence Fishburne has a cameo that doesn’t quite work, but certainly doesn’t hinder the film.

Tyler Bates score does a good job of heightening the power of Joel J. Richards’ “Wick 1” score, but it doesn’t really work out of context of the film, except possibly for the closing theme.

The world of this film is based on a first person shooter video game, but that is no reason to dismiss it. This is a first class production, and is a fun addition to the canon of action flicks silly enough to excuse the violence as part of the genre, but smart and funny enough to keep you interested and invested in those moments when the violence pauses.