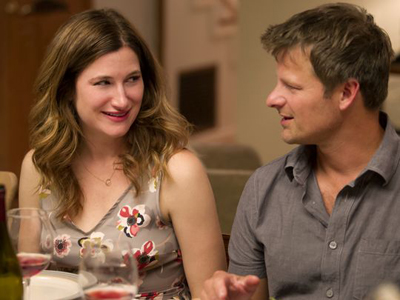 This is not the film you think it is. It is not a superhero film. It is not a kids’ film. And the reason it is being talked about so loudly is because of the performance of Viggo Mortensen, who has been nominated for his portrayal of a die-hard patriarch of an extreme off-the-grid family. But there is more to the film than his performance, and when it finally ended (and in spite of a fairly corny, if satisfying, ending), I found myself quite pleased with the experience!

Matt Ross has assembled a stellar cast to tell a bizarre story of family love, discipline and experience in an utterly misunderstood environment. Yes, it’s quirky…but not in a “Little Miss Sunshine” sort of way…more like a cross between that film and Lumet’s “Running On Empty”. It has the sincerity and empathy of the latter, with plenty of the humor of the former. And, best of all, it moves at a real clip. I never found myself anything but invested throughout. I cared about these people….both protagonist (& family), and antagonists.

In addition to a fine (if not award-worthy) performance by Mortensen, all the children (especially the ultra-earnest George MacKay) are terrific. And Hahn & Zahn (Katherine and Steve) are great together…so much so, that I’d love to see a sequel focusing on their family! And Frank Langella (as antagonist) and Ann Dowd effectively round out the ensemble.

Alex Somers score is unintrusive. Which is important, because the film teeters precariously on the edge of precious throughout. And to be honest, “Fantastic” keels over a couple times – but always seems to right itself quickly. A “bigger” score could have been the anchor that drags it down to the depths of the Saccharin Sea.

“Capt. Fantastic” falls just short of being an important film. But it is certainly a very enjoyable, occasionally challenging and, more often than not, intelligent family film made for adults. And that’s something that just doesn’t come around all that often. Recommended.

BTW, this trailer had pretty much nothing in common with the film I saw…just a heads up…