Each year, it seems, the inane need to drown us with the same damned dozen Christmas songs, in stores and in the media, starts a little earlier. What used to be reserved for the space between American turkey and Christian ham, now begins long before the doorbells of Hallow’s Eve. For an American Jew, what was once an annoyance, is now utterly unbearable.

HOWEVER, there exists within the pantheon of the Yuletide ouvre a handful of songs that I can stomach, fewer still that are actually quite good, and even less that I can listen to in the middle of August.What I don’t get is WHY the dearth.For instance,  there are basically two  Fourth of July songs: “Fourth of July” by X, and the “Stars and Stripes” – and only one of those is kickass. So you’d think, with the plethora of Christmas records out there (including many albums from various members of my tribe; Patinkin, Manilow, Diamond, Simon and Streisand), the percentages guarantee a whole bunch, right? Sorry, folks. In fact, there are so few, picking out the Top Ten was easy. The Five WORST Christmas songs? THAT’S a challenge. I know you’ll disagree with me so, please, I welcome your comments below with open ears!!

Here are my Top Ten (all links lead to YouTube):

This one is obvious, and beautiful, and subtle, and fairly non-religious. Cole has one or two of the greatest voices in the history of ever, and if anyone can get me to stop what I’m doing in a store and not want to take a baseball bat to the P.A., this is it. and considering how often its played…that’s saying something! For me, the best part is the way he pronounces “E-skeee-moes.” Bliss. 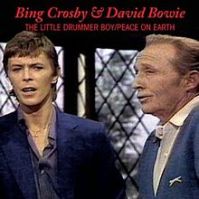 I remember watching Bing Crosby’s “Merrie Olde Christmas Special” when it originally aired in 1977. The only reason we watched was because Crosby had died about a month or so before it aired. Then that weird guy – the one who sang that song “Fame” that I couldn’t get enough of – inexplicably entered the  Crosby vacation manse and sang this bizarre duet. That it still persists today as a holiday favorite is fantastic, given that later on in the show, Bowie’s performance of “Heroes” is shown. Can’t get much more disparate than Mr. Milquetoast, himself, Bing Crosby, singing “Have Yourself a Merry Little Christmas” followed immediately by the symbol of androgynous, anti-establishment, youth singing a song about the individual overcoming the power of governmental overreach. But it’s the skit leading in to the song that still makes me happily cringe. It’s  creepy and creaky…and I love it!

Not much to say…other than it’s James Brown in 1968. This song perfectly straddles his earlier R&B/Hank Ballard sound with his later, seventies, powerhouse funk era. But, the REAL reason I love the song is Pee Wee Ellis’ crazy Jingle Bells tenor solo. It’s perfect. At least I think it’s Pee Wee. If I’m wrong, I’m sure someone will correct me by calling me a know-nothing idiot. They’re not far off. 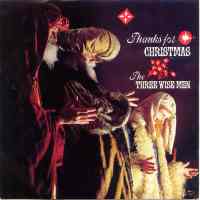 There’s only one band that I hold in higher stead than xtc (and you’ll be hearing from them later on in the rarefied air of Number One), and, while the sum of its parts may not excel, the parts are what I adore; the trumpets at the beginning, the chromatic rise during the bridge by the guitar, and the B part… pure 80’s xtc! And Andy has never sounded so… Andy! Okay, truth be told, this is not a great song… so sue me. But what the hell do I know? I’m an agnostic Jew!

Nobody can make fun of…well…anything quite like Andy Partridge, and here he manages to poke the Christmas bear AND lampoon the synth-pop bands that held a stranglehold over pop music in 1983. But, it’s a guilty pleasure of mine… especially the voice that counts down the days until Christmas at the end – directly out of Dukes of Stratosphear. Sometimes I’ll put this on and bounce around in my car like an idiot  – just ’cause. Sure, most people will reminisce with “Do They Know It’s Christmas.” Me? I’ll be busy sharing the “secrets of happ-i-ness with you!”

Just the dumbest and most awesome arrangement ever. Seriously, listen to this and tell me Gordon Jenkins wasn’t on LSD when he crafted it? Even the ending makes no sense. And I can’t get enough of it. Not during the holidays, anyway. You can have your “White Christmas”, I’ll be over here, loving those “j-i-n-g-l-e  b-e-double-l-s!”

Do I even need to explain? The greatest voice in the history of R&B (don’t believe me – listen to this)…doing a classic Stax arrangement. Which means it’s the greatest Christmas soul tune ever (sorry, Stevie, I loved your song even before the Apple commercial, but I’ll still take this one). Next…

5b. “This Christmas” – Donny Hathaway

Uh…do I even need to explain? The greatest voice in the history of R&B (don’t believe me – listen to this)…doing an original…with one of his classic arrangements. Which means it’s the greatest Christmas soul tune ever (sorry, Stevie, I loved your song even before the Apple commercial, but I’ll still take this one). Next…

No great upset here. Two of the best instrumentals ever written for a children’s show – or maybe for any reason. I always thought Guaraldi was channeling his inner Brubeck for this album – and as he’s my favorite pianist…I’m okay with that. I spent years playing along with “Christmas Time Is Here” – maybe the only Christmas song that I can say that about. And, seriously, is there any collection of music that will bring you back to your early childhood faster than this album? I think not.

So, in 1980, my band teacher asked if I would learn the sousaphone so he could have someone play the melody from Prokofiev’s “Lt. Kije Suite.” Many of you will know it as the main theme in Woody Allen’s “Love and Death”, but most of you will know it as the bridge of this song. That’s one reason I love it. Another is that it was one of the first “f*ck you, Madison Avenue” songs I remember. And if there was ever a subconscious  bridge from my Technical-Wizardry-Trumps-All Preteen Prog fascination to my Message-Before-Music Teen Punk years…this might be it. And the final reason is that it seems to be the o

nly Christmas song with a video that places the birthday boy in a geographically accurate locale…which underscores the vitriol Lake feels toward the commercialization of the holiday. Ironic, as this is the same guy on the cover of a money-grab L.P. called “Love Beach”.

Full disclosure. I was never a Pogues fan. I love Kirsty’s solo stuff (R.I.P.), but just couldn’t jibe with penny-whistle punk. That said, I was (and continue to be) a HUGE Tom Waits fan, and this always sounded like a Tom Waits Christmas tune. Plus, I was a teenager who saw most of his rock shows in the filth & splendor of late 70’s-early 80’s NYC. Finally, there has always been something about the image of the “Boys of the NYPD Choir singing Galway Bay” that has brought a tear to my eye…an image that sums up what it means to be a New Yorker, even if you’re not Irish…a commonality borne of our mutual entrance through the gates of Ellis Island. Okay, I better stop now…

For years, this, and Springsteen’s “Santa Claus Is Coming to Town,” vied for best Christmas rock  anthem. And, while they both open in exactly the same manner, “Father Christmas” is a perfectly acerbic, and original, tale about what being a Christian is SUPPOSED to mean (you know, actually helping the poor), written by the smartest pop storytelling lyricist in history. And since Ray Davies is to British pop as Charles Dickens was to British letters, I’ll take this over Bruce any day of the year (or December…or November…or, good Christ, we’re hearing these in early October now –  “War on Christmas”, my ass) Back to the song. Written in 1977, this is one of the first songs to nudge Top of the Pops (and its mainstream UK audience) in to accepting the coming punk rock era. For that alone, it deserves a special place. But it totally holds up as a well crafted, funny, sardonic and rocking protest song, as well.

Now what you REALLY came for – THE BOTTOM FIVE!

Listen, I know when bad is just plain bad, and as much as I will defend the right of Yes (and by extension, Anderson, Squire and Wakeman) to be in the Rock’n’Roll Hall of Fame, this is just unbearable stuff! Well, maybe not the MTV Christmas video. Who in that office thought, “hey…let’s make a Christmas video using one of the worst Christmas records ever!” That video notwithstanding, not one of these three ALBUMS is remotely listenable, never mind the songs! I can only imagine the assholes in Trans-Siberian Orchestra sitting around, listening to these songs, thinking, “Yeah! Let’s do more of this crap!!!” 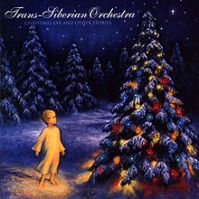 “Yeah! Let’s do more of this crap!!!” It doesn’t matter which TSO song you pick…they all suck equally. Truly, has there ever been  a bigger waste of aural bandwidth than this band’s output? And yet, they sell more records than all of my Top Ten combined. If there were ever to be an ACTUAL War on Christmas, I would use this song as my go to propaganda.

3. “All I Want For Christmas Is You” – Mariah Carey

There are certain songs, that if they come on while I’m in a store, I cannot help but say, quite loudly, “Give me a fucking break!”  – and since this song is played incessantly in every store everywhere, my voice is worn out by December 20th. In fact, it’s so awful, THE LINK ABOVE IS TO A VIDEO OF SOMEONE ELSE’S HORRIBLE COVER OF IT. Someone named Maaret from Finland, apparently. Who knows? All I’m sure of is that I hate the song so much, I get more pleasure watching other people butcher it!

2. “Not Another Lonely Christmas” – The Fallen Trees 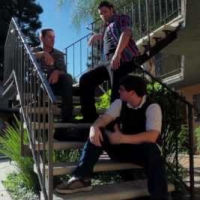 I have no idea who they are. Or where they’re from. Or why they were allowed out of the house. All I know is that while I was searching for a video to Prince’s “Another Lonely Christmas,” I stumbled upon this piece of dookie made in the name of Christmas. Please watch it. You will laugh…until you realize that four minutes of your life has passed you right by, and the Ghost of Christmas Unbearable is at your door!

“And now, Ladies and Gentlemen, the worst Christmas song ever! Hey, little drummer boy! Make yourself useful and give us a drum roll…!” 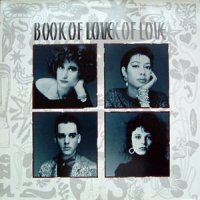 Yes…leave it to an American wannabe synth-pop  band (whose only “hit” was an HIV awareness dance song based on Mike Oldfields’s Tubular Bells) to record the worst Christmas performance EVER. Every possible cliche of that era that could fit in to three minutes, they added, including a rap bridge with the following lyric: “Come and join our funky caravan… we’re gonna hip hop through the desert sand!” I shit you not. And while the best part is that they perform the lyrics as if they’re too cool for the subject matter (I mean, why even bother?), the worst part is it still gets played every Christmas all over New Wave radio. That’s right…they’re getting paid royalties for this. Extra bonus…when you go to the link above, read the comments. People actually believe this is good!

2016 UPDATE: I’ve changed my mind. Mariah’s is the worst. Seriously. What was I thinking?