Directed and written by Ric Burns

Quite simply, the only thing you need to watch as a remembrance each September 11th. 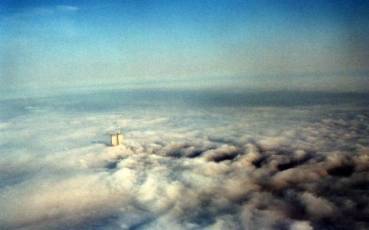 Of all the dozens of hours of television dedicated to the 9/11 tragedy, this (the eighth chapter of Ric Burns’ film, “New York: A Documentary”) is the sole documentary that makes the buildings themselves – their inception, design, creation, and destruction – and, more importantly, their personal impact on the city of New York during each of these milestones – the focus. It humanizes them in a way that only a New Yorker who grew up in their shadow could previously understand (which I feel so fortunate to say I am). It is the document that led to the making of “Man On Wire”. It is NOT sensationalistic in any way. It is the instrument by which I remember and acknowledge each and every 9/11 since it was first televised on PBS in early 2002. It is, in it’s essence, like a trip to the 9/11 Museum – illuminating, educating, horrifying and necessary. All the other television programs seem somehow impersonal… uncaring… voyeuristic. I’ll be watching it at my house starting at around 7:30pm. Hard to fathom it will be the 13th time I’ve viewed it. You’re welcome to join me…

A segment of episode below – but watch the entire three hour episode – it’s all over youtube – as is the entire series – a series I consider to be the best historical documentary ever made – and certainly MILES better than anything the more famous Burns brother (Ken) ever made: