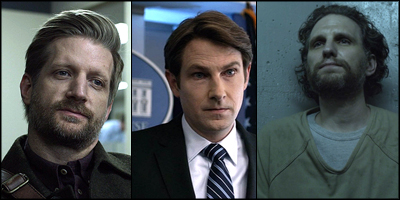 I was not looking forward to this season. Not because Season 3 didn’t leave me wanting more – it did. No, my trepidation was exclusively due to the current election cycle, and accompanying 24-hour shit-show news cycle, which left me wanting less. Let’s face it, while the Camelot-esque quality of “West Wing” showed us what we all hoped governance to be, “House of Cards” is a grim, almost documentorial, reminder of what Washington actually is…and that can be difficult to endure for thirteen hours.

So, I forced myself to sit down for what I was sure would be a long slog on the Kevin Spacey Crazy-Train. But then Jeff Beal’s opening theme began (one of the great contemporary television themes) and I was immediately set aright…ready for whatever too-close-to-reality-to-call-fiction shenanigans were about to take place. (For more on the creation of the show’s music, I refer you to this NPR article from 2015)

So, before I strip it down, I want to convey my initial and overall reaction to the season. I friggin’ loved it. It’s more focused (two main plotlines – the election and the evolving relationship of our First Couple) than in any previous season. And, maybe it’s me, but there exists a noticeable and renewed sense of right and wrong in our main characters, instead of the usual robotic distance brought about by blind ambition. This is true, not just of the Underwood’s, but of most of the chess pieces in play. As a result, we’re allowed to sit with our emotions – instead of being jerked in to the machinations of the politics. So, while the very final scene of the season felt ever-so-slightly gimmicky to me, it was chilling in its counterpoint to a season filled with a conscience.

Now, as I inferred, the season is not without its faults:

The acting, as ever, is superlative. Because the season’s arc revolves mostly around the First Lady, Robin Wright is allowed to actually SHOW emotion, and watching her corrugated steel exterior melt way, and then solidify, sometimes within the turn of a phrase, is a thing of beauty. She has long been nominated for her portrayal of Claire Underwood, but this is the season I believe she actually deserves the votes. On a similar note, since the writing allows Mr. Spacey to be vulnerable, his scenery-gnawing seems more appropriate, and more believable…to an extent…he’s still Kevin Spacey. Neve Campbell, who, to steal a Spinal Tap phrase, had been residing in the ‘where-are-they-now’ file, is a pleasing, if ultimately underwhelming, addition. If she lasts in to the next season, they will have to find a way to slide her character more deeply in to the show’s muck. Nice to see her, nonetheless. Michael Kelly is creepy as ever…if a little lost in this new “feeling” world. And Frank’s GOP opponent, Will Conway, is too thinly written to allow Joel Kinnamon to do much of anything with it. Although it’s equally possible that Kinnamon is too bland to make the character come to life.

But this season boasts three stand-out performances that take over the Michael Kelly/Corey Stall/Kate Mara mantle as the show’s uber-antagonists. Sebastian Arcelus, as Lucas Goodwin, is impossible to look away from. His exhaustion, sadness and angst are hypnotizing…even if, ultimately, the writers fritter that capital away. Paul Sparks, ever the Greek chorus of this show, continues to quietly fill us with unease…like a minor chord. He has become the consummate character actor – he doesn’t necessarily fill up the screen, but without him, something very important would be missing. And, finally, there is Derek Cecil. As Seth Grayson, he is maybe the most authentic character in the show. A Ratso Rizzo, without the accent, but with a tie…you can feel the angling, despair, and desperation in every single thing he does. I was not a fan of his character last season, but this season…wow.

To sum up, while you may not be compelled to stay up all night and watch every episode in one sitting, you will be rewarded with some of the finer writing and acting to be found on television. And, like a Barolo or fine Cabernet, sometimes allowing yourself time to breathe between episodes, allows the flavors attained to open up a bit more. Enjoy.

Here is the Opening theme and credits sequence (from Season 2), to get you in the mood…